You may have seen Clayton Custer or Taylor Waddell roaming around the Makerspace in their signature black aprons. They’re both invaluable members of our staff, though they’ve been up to much more than just their typical duties. Along with Vladimir Bourikav and Vincent Bensch, Clayton and Taylor entered the U.S. Air Force Rapid Sustainability Office’s (RSO) Advanced Manufacturing Olympics (AMO). I know it’s a mouth full, but the RSO AMO, as they call it, is a cutting-edge, four-day event filled with high-status speakers, virtual training seminars, and perhaps most importantly: technical challenges.

These challenges pitted groups from across the United States against each other in the hopes of securing a share of the $100,000 worth of prizes. The UW-Madison team entered the Box of Parts Floor Exercise, which tasked participants with 3D scanning ten items of varying difficulty with utmost precision. How precise? Even a slip up a small as 1/5000 of an inch would cost them the award. To make matters worse, the spread of COVID-19 meant many of the resources usually available to them were temporarily shut down, so only the most talented individuals could take on such a challenge.

Despite this, the team got to work. They meticulously scanned each item in a makeshift workspace in their garage and produced plenty of complex graphs, diagrams, and videos to explain the process. After all was said and done, the team submitted a sixteen-minute presentation video detailing the entire process, which no doubt had some hick-ups along the way. 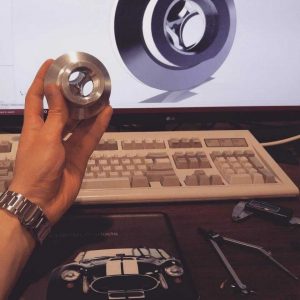 Their hard work paid off though, as the UW-Madison team secured the Innovation Award for their creative approach to the scanning process. The award was presented by Dr. Will Roper, the Assistant Secretary of the Air Force for Acquisition, Technology and Logistics, and included a short video highlighting their accomplishments.

The team wants to thank the UW Makerspace, specifically Lennon Rogers and Karl Williamson, for letting them use the 3D scanner that made the whole thing possible. We at the Makerspace could not be prouder of the achievement this group made, and hope they continue to innovate the engineering world for years to come.